We’re working on our new website experience. Some pages may be disabled while we set up the lighting and cameras. 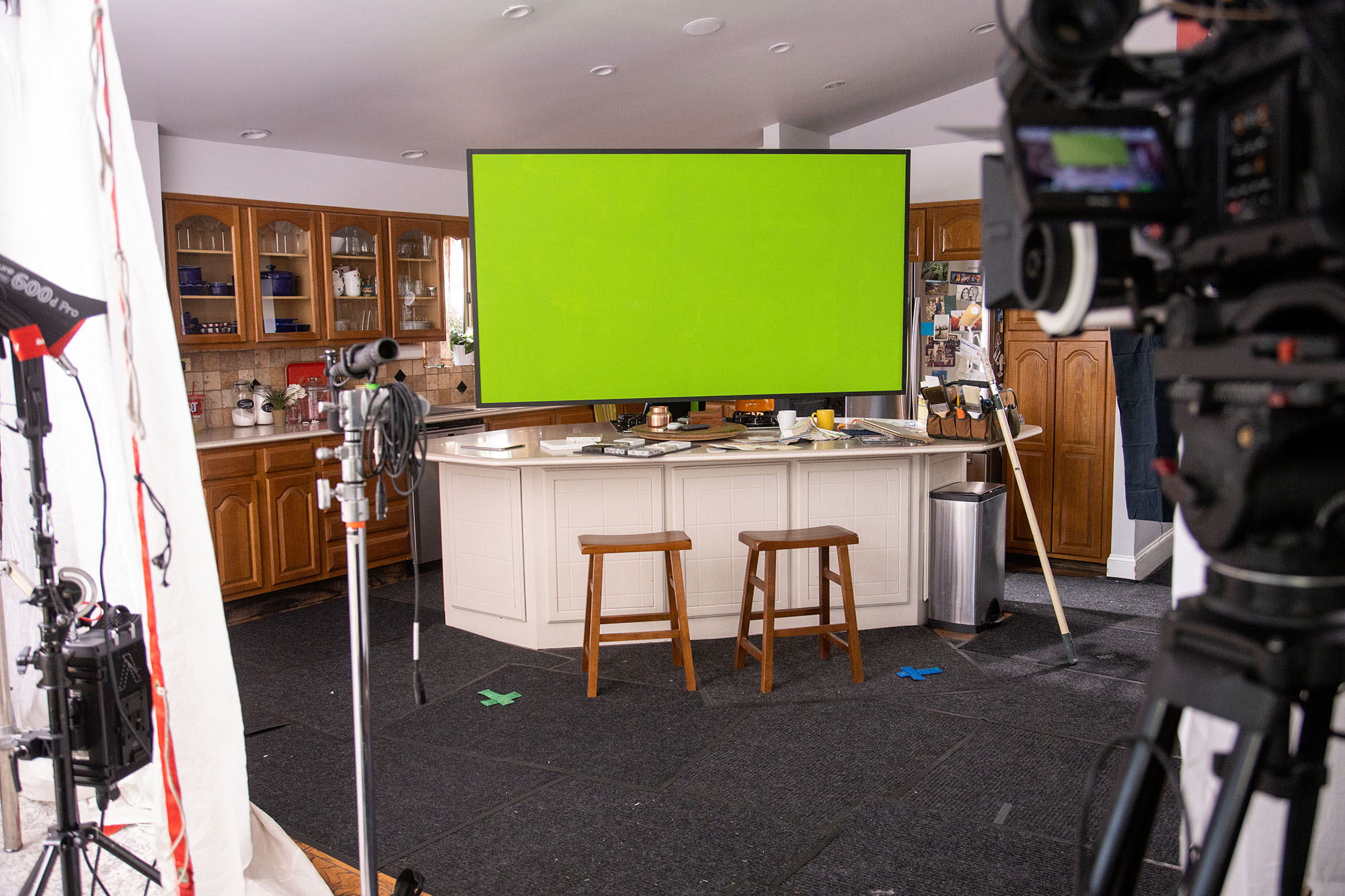 See what we do

At Epic Light Media we don’t subscribe. We don’t subscribe to boring or unoriginal. That means we take your big VFX and motion graphics ideas and transform them into a visual feast for the eyes. Let’s make something together.

Technology moves fast in the advertising world. What’s new with your morning coffee is old by the time you eat lunch. Here at Epic Light Media, we’ve always pushed the boundaries of tech to achieve inspiring work. Why we use VFX technology is as important as the way we use it. We want to add value to the work we create and offer new possibilities for clients in the fierce modern marketing climate.

We’ve worked with a client vision that requires a ton of visual effects from the get-go. Or other projects that require a specific way of telling a brand story that needs integrated motion graphics. Most of the time we’ll need to use some form of post-production tech to produce a commercial that looks and feels like the real deal. Our Arizona VFX post-production studio is geared up for any visual effect you need to make your campaign work.

If you’ve got some visual effects in mind for your next project or just want to know all about the process, then keep reading.

The difference between VFX and Motion Graphics

Knowing the difference between VFX and motion graphics will help you decide what type of advert you want or need. Although they’re usually paired together under the visual effects umbrella, they have very different uses.

In a nutshell, VFX is generally any visual effect that is integrated into the filmed content. It might be a simple visual upgrade, like replacing a cloudy sky or scrubbing out a logo on an actor’s t-shirt. It’s also a tool that can also be used to create visual props for actors to interact with or entire virtual worlds to explore.

There are certain visual effects that can only be achieved with computer-generated images. If you need to show the inner workings of your complicated new product or create a fun 3D mascot to represent the brand, then 3D visual effects will be a great option for your company. At our Arizona 3D production company, we use the best CGI experts to bring your big vision to life. With the modern standard of modern VFX, the only limit is your imagination.

Motion graphics are essentially animated graphic design or in other words and pictures that move around on the screen. It’s the on-screen stuff that gives the viewer lots of info and it’s often taken for granted. The basics might include title cards to introduce video sections or people, text on screen, transitions between one frame and another, or other surface-level graphics that are layered over the footage. It might also be a fully animated video, which covers a unique product or service in the best way possible.

We love both and use them all the time. But before we fire up our 3D effects software and start making your advert sparkle, we need you to understand why we use VFX and motion graphics.

Almost everything you watch has been altered. For every visual effect that you see, there are thousands that go unnoticed. It’s become such an important part of commercial advertising and needs to be a part of the conversation from the very beginning of any project.

VFX is a department of commercial filmmaking that is so wide-ranging that it’s easy to get lost in the possibilities. In our experience, it should be totally invisible or completely visible. What that means, is that it can be used to improve the images without the audience being able to notice or it can be used to create some incredible visual effect that can’t be missed. Let’s stop messing around and show you exactly what we mean.

This is a great example of how VFX can be used across a commercial project. We were tasked with creating a 30-second TV commercial that would show an audience that selling property was as easy as ordering fast food. It was a tricky concept to nail down but after working closely with the client, we decided to combine physical (green screen) elements that would later be altered in post.

The completely visible VFX in the advert is when the Offerpad rep pops on-screen from thin air. This is obviously not something that can be achieved in real life but instead needed to be planned from the get go. We used simple editing techniques to have our actor and sign pop up out of nowhere when summoned, then layered up the visual effects to produce a unique sign with moving text and 2D animated designs. The magic is getting the audience to accept this creative concept as a reality within the commercial.

The totally invisible elements, if done right, should never be noticed by the public at large. These are the tweaks and changes that couldn’t be applied on the day or were noticed during the editing stage. One prime example is the skyline during the shoot wasn’t very clean, with a building in the back, wires cutting through frames, and very little sky. We removed all these “ugly” elements that we didn’t like and replaced them for the final edit and no one was any the wiser.

All in all, VFX is an essential weapon for modern commercial filmmaker. It’s a weapon we know how and when to use for maximum effect.

Info on the move with motion graphics

The medium of commercial advertising is always working on borrowed time. We have 30 seconds (or 25 seconds when you take away the brand end card) to establish a world, present a product or service, sell the benefits of said product, and get the audience to run out and buy up as much of the product as humanly possible. It’s no small task.

Thankfully we have lots of tricks of the trade to help us make the most of our time. Motion graphics is our advertising secret weapon. In its most basic form, it might simply be text on the screen that appears discreetly to give us vital information in a matter of seconds. This allows us to make sure the audience is always in the loop while constantly keeping the action going. It can also give your content a super professional sheen, like slick shot transitions or creating unique elements like animated brand logos.

Another great use for motion graphics is to break down complicated ideas or concepts and make them easy to understand. The “explainer video” is a great way to get your audience to connect with what your company is about, how it works, and the services it provides. Often the use of 2D animated visuals will help open up the most complicated subject and reveal the inner workings of a company’s technical processes. It’s a great way to talk about the great work you do to the most people possible.

When planning your next big marketing campaign, there should be no limits to your imagination. With the power of VFX and motion graphics, you can go beyond even the most ambitious creative vision. We’re a TV commercials production company based in Arizona that specializes in great VFX and motion graphics for all types of projects.

Our in-house VFX team can help visualize your creative ideas and push them through the pipeline to make your project come to life. And if you’re already deep into your project and need help to steer it forward, we can hook you into your project to offer any post-production needs you might have.

What does VFX mean?

VFX is short for visual effects. It’s a term that covers any filmed image that has been upgraded, altered or enhanced with computer technology. There is literally nothing you can’t achieve with VFX, including creating objects, creatures, people and environments entirely from scratch. In commercials, the most common everyday use is often fixing up an image that has something that needs to go, such as another company’s logo. We love VFX and are always challenging ourselves to push the boundaries of the medium.

What is the difference between VFX and SFX?

This is an easy one. VFX is all virtual and SFX is all real. That means that VFX is put into action after the film footage has been captured. Once we’ve completed a shoot, we’ll pass over the filmed content to our post-production VFX team, who will then work on adding all the planned and unplanned visual upgrades with their high-tech 3D gadgets (it’s all a bit complicated). SFX stands for “special effects” and is all about creating something with physical elements like rainfall or explosions. Sometimes it’s quicker and easier to achieve an effect during the shoot… and of course, everyone likes explosions.

What types of VFX are there?

There are generally three types or stages within VFX; CGI, compositing, and motion capture. Depending on what you plan to create, you might need to use all three types to get what you need. CGI is short for “computer-generated imagery”. This is exactly what it says on the tin, images created by a computer. Then there is compositing, which mostly involves making the CGI elements blend with their surroundings. Often there are several elements that all need to be brought together and make sure they match, like placing the CGI characters into a real or virtual environment. The final type is motion capture, which requires the movements of a person or animal to be digitally tracked. This is then applied to the CGI characters, so they can be animated.

Post-production is the final stage of making filmed content and is everything after the shoot. It’s where most of the VFX and motion graphics are integrated into the final film. Once we’ve finished filming a commercial, the footage gets whizzed back to our editor’s lair, where he’ll work by candlelight to cut the first edit. Any of the shots that need to add CGI are worked up and all the other bells and whistles added, such as coloring and music before the final video is rendered.

What are motion graphics used for?

Motion graphics or monograph as it’s known by those lucky enough to do it is basically graphic design that moves. It is usually graphical elements added to filmed content that provides extra info for the audience or added value for the client. It might be text on the screen that appears to explain a concept quickly or an animated brand logo. It’s a very handy way to explain tricky subject matter in a fun and easy-to-understand way. We love it.